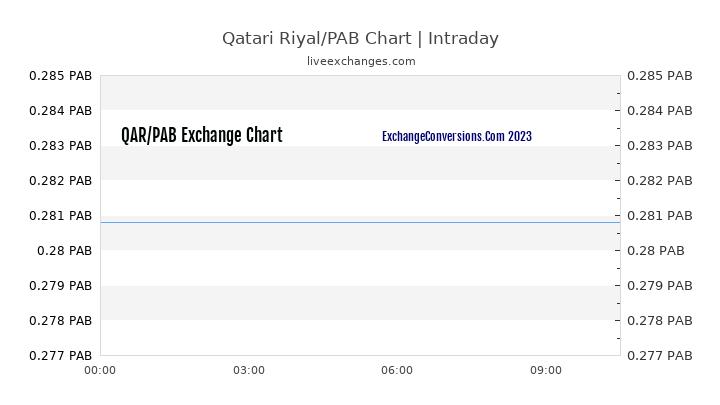 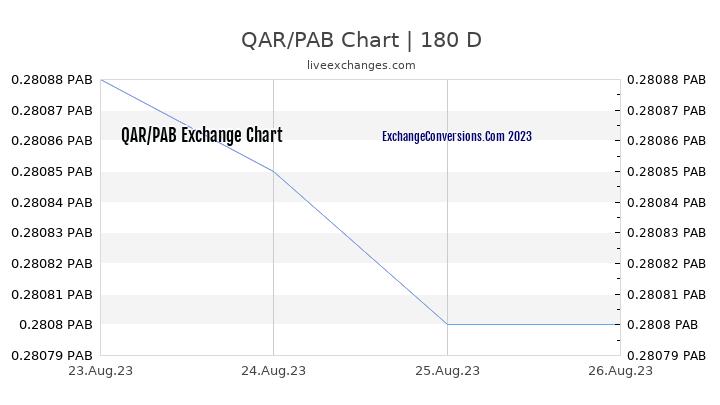 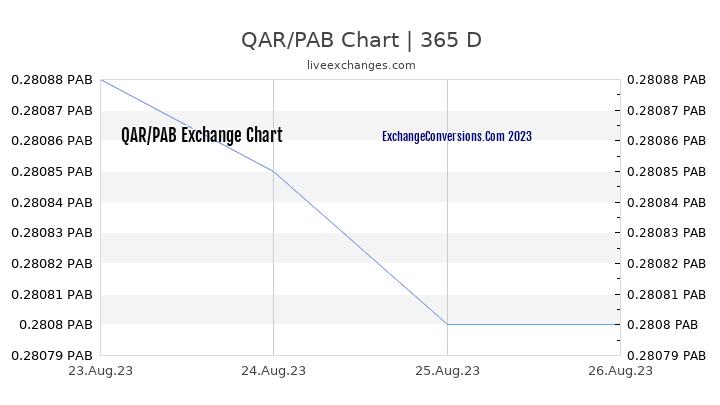 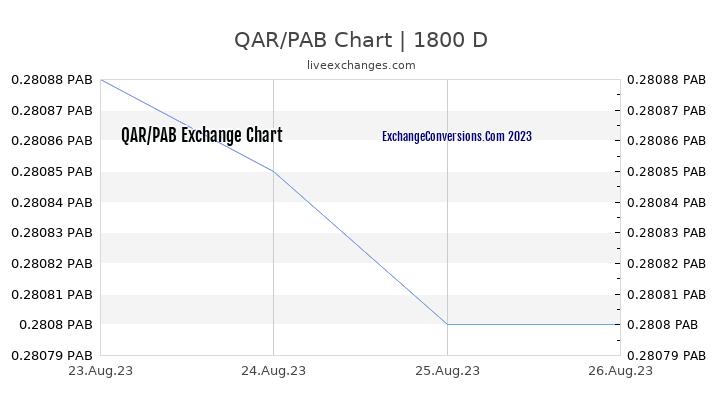 This page shows charts for Qatari Riyal/Panamanian Balboa currency exchange pair, includes, today's chart as intraday, last 6 month, and also for long term charts as 1 year and 5 years. At chart page of the currency pair, there are historical charts for the QAR/PAB, available for up to 5-years.
When you want to buy Qatari Riyal and sell Panamanian Balboa, you have to look at the QAR/PAB currency pair to learn rates of buy and sell. Exchangeconversions.com provides the most recent values of the exchange rates. Currency rates are updated each second when one or two of the currency are major ones. It is free and available for everone to track live-exchange rate values at exchangeconversions.com. The other currency pair results are updated per minute. Exchange pair calculator for QAR/PAB are also available, that calculates both bid and ask rates for the mid-market values. Buy/Sell rates might have difference with your trade platform according to offered spread in your account.